From November To March 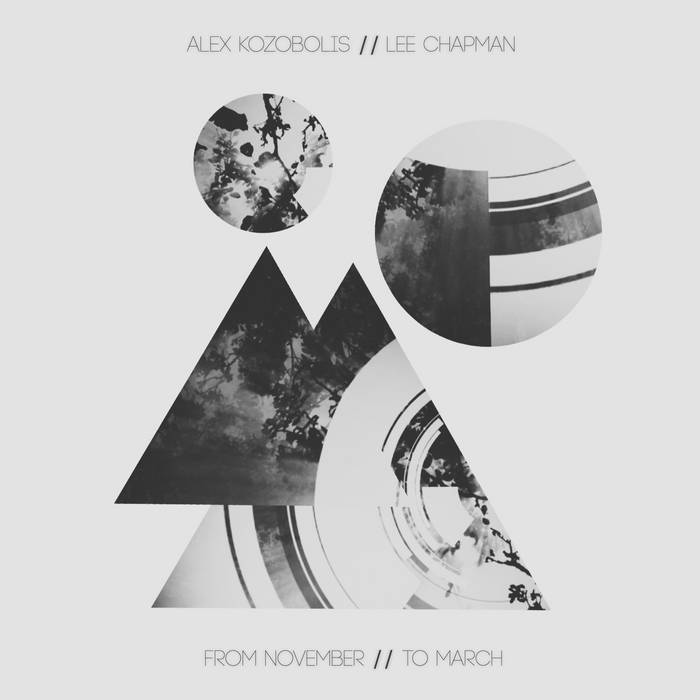 Alex Kozobolis [b. 1984, London, England] is a self taught pianist and composer. His work is primarily concerned with narrative and adventure; both in composition and improvisation. He is attracted to the freedom and spontaneity offered by the un-edited nature of the improvised form, but is conversely drawn to the more structured and refined process of composition for its potential to communicate concisely.

Recorded in Norwich in late 2012 and set against the desolate backdrop of the end of Autumn, ‘From November’ is an invocation for the re-emergence of all that is dormant.. “despite the cold, through the leaves the light will warm us again” ..  Commenting on the remix element of the project, Kozobolis says “Lee has an incredible ability to inject warmth and feeling into his sounds, with such subtlety and precision. I was convinced that he would not only do justice to the themes of ‘From November’ but that he’d bring something completely new to the project. His remixes have perfectly condensed the mood of my original recordings, as well as adding texture and depth to them”


Lee Chapman [b. 1988, Burnley, England] is a self taught composer and musician of his own music, working in the fields of ethereal, organic and accidental compositions. His sound is mainly based upon little instrumentation to create large yet delicate sounds using live processing as well as environmental found sounds from local and international spaces. Combined with a decade of experimenting with the technology assigned to creating music nowadays, Chapman has reverted back to the use of analog as the primary source and medium on which he bases all of his current work.

Personal statement for this release:
Alex and I were introduced by a few mutual friends. He is a very humble pianist and fast becoming a great friend. I am amazed at his ability to improvise with such fluidity yet with such controlled discipline. From November is a beautiful EP that resonates in me more so than other pianists composing at that time. Working with pre-recorded piano is a harmonic challenge when creating tonal music using loops. It is finding a pattern to the puzzle or a path underneath a beautiful blanket of snow. I could have used everything and played a bit more chaotic, however, finding these loops and patterns and finding this path has led me to what you hear on this record

THIS RELEASE WILL BE OUT APRIL/MAY 2013 IN EDITION OF 100 25C CASSETTES AT UNKNOWNTONE.COM